3 Wearables You May Find in Your Health Club

Wearables are officially more than a fad. Starting out as trendy wristbands, wearable technology has upgraded and is completely changing the fitness industry.

From smart helmets to sensor-filled t-shirts, the wearable landscape has expanded into one of the most diverse emerging technologies. Within two years, the worldwide market is expected to be worth over $12 billion.

It’s vital for your gym to understand how members use wearables in their fitness lives so that you can effectively leverage them to keep your members engaged, drive revenue and enhance their club experience.

Since there are probably too many wearables for you to keep up with, we decided to put together a list of three that you might find in your club.

Hexoskin is one of the most advanced wearables on the market. The high tech tank top features anti-bacterial and anti-odor fabric as well as a heart rate monitor and built in activity tracker. The members using Hexoskin probably aren’t your casual workout enthusiasts-- they’re your club’s most committed fitness junkies.

Hexoskin can measure breathing rate, heart rate and even oxygen consumption to give members detailed feedback on their workout progress, which can be used to enhance your personal training program. Trainers can then use the data to personalize training plans for each of their members and optimize them for each person’s body type and fitness ability.

The most popular fitness wearable out there by far is Fitbit. Their newest model, the Fitbit Blaze features a 1.25 inch 16 color touch screen display that allows members to track sleep, set alarms and even go through guided workout sessions all from their wrist. Fitbit appeals to members who are casually into fitness, but still want a solid piece of fitness tracking technology.

In the club, wearables that serve primarily as workout trackers are perfect for participating in fitness challenges. Challenges can be based on workouts logged, calories burned, etc. Utilizing these challenges in your club keeps your members engaged and coming back frequently, especially if they have a wearable like the Fitbit Blaze. The Blaze also integrates directly with your club’s mobile app so that members can not just sign up for your challenge but they can view the leaderboard and track their progress as well.

Though not as popular as Fitbit, Moov Now is a wrist wearable as innovative as anything else out there. The Moov includes built in fitness programs and activity tracking as well as real time sports coaching that gives members audio tips to help move them along their fitness journey.

A wearable like Moov Now could help your club improve its PT program by encouraging members to share Moov Now’s tips with their trainer. If a member writes down the most important pieces of feedback they get from Moov Now during solo workouts, trainers can show them how to avoid making the same mistakes during their subsequent sessions. Trainers can also review the data Moov Now provides to help members come up with more personalized training plans.

These aren't the only three tech advancements you're going to find in your club. Want to see what else you have to be on the look out for? Check out our Ultimate Guide to Wearables 2.0. 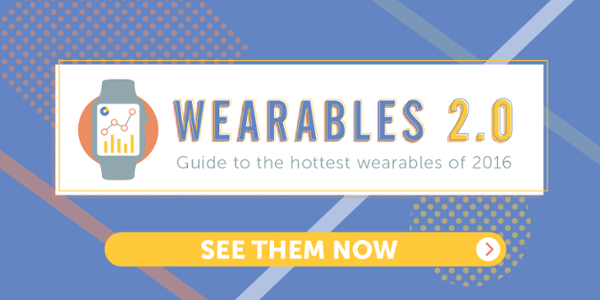